Who is Isabel May's Boyfriend? Her New Role in the "Yellowstone" Prequel "1883" is up there! 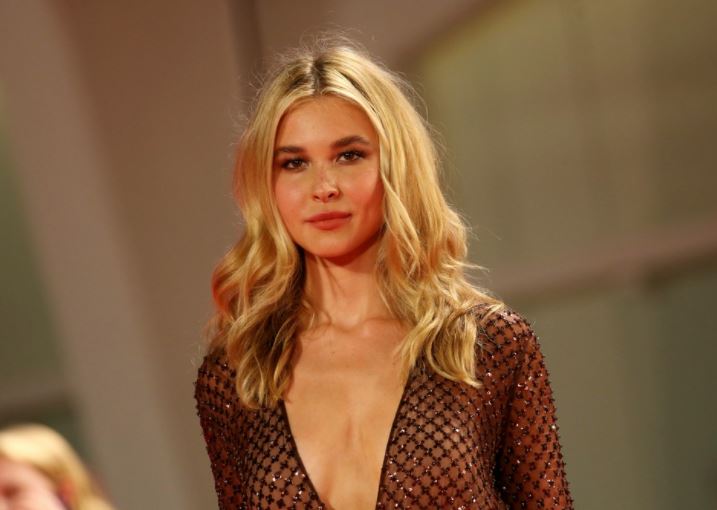 The new Paramount+ drama, 1883, is hitting the screens with Tim McGraw and Faith Hill as James and Margaret Dutton, becoming the married couple’s first joint project. Adding to the family is Isabel May who plays the couple’s daughter Elsa.

Isabel May’s resume might not be as full as the other two actors, but she actually got the part in the Yellowstone prequel without even an audition.

The actress first met Taylor Sheridan, the creator of the series, when she tried out for Mayor of Kingstown, another Paramount+ drama of Sheridan. Unfortunately, Isabel didn’t get through. But, that was enough for Taylor Sheridan to evaluate the young actress’ talent.

"Two weeks later, he called and said, 'I want you to be Elsa. We're gonna watch this story unfold through her eyes and her perspective. I haven't written anything and you will receive the scripts as I go along.' That's exactly what happened. It was a bit wild and surreal, but I didn't think about it too much. I don't trust anything until I see the result. Eight months later and we're actually almost done. It's just crazy." - Isabel May in an interview with Entertainment Weekly

You might remember her from the Netflix comedy 'Alexa & Katie.' https://t.co/2MBxPwDJNh — Entertainment Weekly (@EW) December 19, 2021

Who is Isabel May’s Boyfriend? Is she Dating?

Rumor has it that Isabel May and Barrett Carnahan may have had some romantic encounters.

However, the reality is a far cry as Barrett Carnahan is actually engaged to Nina Kubicki.

So, where did the rumors of Isabel and Barrett come from? Isabel and Barrett were actually co-stars when they played in the TV show, Alexa & Katie. And what do you know? Their chemistry was coming through the screen and fans of the show couldn't help but ship the duo.

Now, would it be safe to assume that Isabel is currently single? There is no telling of that. However, it is also important to remember that we must respect Isabel's privacy when it comes to these matters. So, whatever the actress has going on in her private life, we hope she is well and happy.

Isabel May was born on November 21, 2000. She was so naturally talented in acting when she was young that even her school teacher noticed her passion. It was her sixth-grade English teacher who suggested to her parents that she might be able to put her talent into work.

May and her parents opted to have her schooling online starting in tenth grade so that she could focus on acting after auditioning for three years without getting a role.

With little prior acting experience and no training, she earned the role of Katie in Alexa & Katie six months later. She went on to play Georgie, Sheldon's brother, in Young Sheldon.

She also portrays the party host in the 2018 independent film Let's Scare Julie To Death, a 90-minute continuous-shot film about scaring the reclusive girl next door at a Halloween party. On September 10, 2020, her new film Run Hide Fight received its global premiere at the Venice Film Festival.

You can find Isabel May on Instagram under the username @isabelmay where she boasts 594K followers.

Previous postWho is Kazz Kumar? JLS star Oritsé Williams' Wife-to-be's Age, Net Worth and Instagram
Next postDetails on Eli Tomac's Net Worth and Salary: Learn more about the Kawasaki Racer