Following his portrayal as Jonah Beck in Andi Mack, Asher Angel became a household name. He began his acting career as a child in the 2008 film Jolene.

Thereafter, he starred in numerous theater productions and starred in guest roles in several other television series including All That, Nickelodeon's Unfiltered, The Substitute, Group Chat, and High School Musical: The Musical: The Series.

Aside from his acting career, Asher's admirers are eager to learn more about his personal life. In this article, let’s unveil his dating life and many more.

Is Asher Single Or Dating Now?

In an interview with Entertainment Tonight, Asher gushed over his other half, calling their relationship "indescribable," nearly a year after they made things Instagram official.

Moreover, Asher stated that his next music was inspired by their relationship.

He shared in November 2021, “Past relationships, writing songs, and not knowing those certain feelings was, kind of, tough for me.”

“Now that I’ve experienced that and gone through it, it’s so much more relatable for me.”

Asher's present relationship isn't his only one in the public eye. In 2018, the actor was linked romantically linked to Jenna Ortega in October 2018 after they walked the Venom red carpet together. They also wore matching Halloween costumes that same year.

However, during Jenna’s appearance on the “Just Between Us” podcast, she said, “According to the internet, I dated like six guys, [but I] dated none of them.” Thus, it's not known if they dated in real life or not.

Moving on, Asher dated Jules LeBlanc, also known as Annie LeBlanc, a YouTuber, actor, and singer who has been dubbed one of the "world's most famous teenagers."

In 2018, Asher met Jules while filming the video for his song "Chemistry." They became friends and began dating shortly after.

Their relationship, however, did not endure long. The two broke up in May 2020 after dating for two years.

Furthermore, after he split with Jules he dated Reagan Sheppeard, an Instagram star, and a model. However, it's not known what ultimately went down between them.

Who is Asher Angel?

Asher Angel was born on September 6, 2002, in Phoenix, Arizona, to their father, Jody Angel, and mother, Coco Angel. The Shazam! star has two younger brothers and sisters. He has a sister, London Bleu, and a brother, Avi, who is also an actor and a model.

Talking about Angel’s professional life, at the age of five, Asher Angel grew his interest in performing. In 2008, he made his acting debut in the film "Jolene." Before relocating to Los Angeles at the age of 12, he acted in several plays at the Desert Stages Theatre in Scottsdale, including 'Seussical,' 'The Little Mermaid,' 'Into the Woods,' and 'Mary Poppins.'

Check Out: As Pride Month Officially Kicks Off Legacies Star Kaylee Bryant Comes Out As Queer | Also Learn About Her Coming Out Story

In 2016, he participated in one episode of each of the shows 'Nicky, Ricky, Dicky & Dawn' and 'Criminal Minds: Beyond Borders.' Angel was cast in the lead role of Jonah Beck in the drama series 'Andi Mack' the following year.

He later portrayed the role of Billy Batson in the movie adaptation of DC Comics' Shazam which was released in the year 2019. 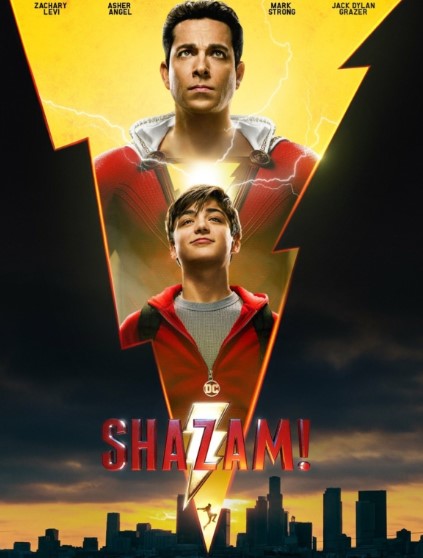 'How do you do that Voodoo?' and 'Hate from a Distance' are two short films in which Asher Angel has appeared. Asher Angel claimed in 2017 that he would not allow his musical abilities to go unnoticed.

He also stated that he was pursuing his singing and music career in addition to acting. Angel performed live at the Future Disruptors presentation in June 2017.

Previous postWhere Is The Bachelor: Taylor Nolan Who Became Fan-Favorite To Villian Now? What Is She Doing Now?
Next postWho Is Michael Owen's Daughter Gemma Rose Owen? Discover Her Journey On Love Island Jenna Ortega has had a stellar year, starring in Scream 6, X, and the upcoming horror-comedy Wednesday. Ortega gave an outstanding performance as Tara Carpenter in Scream.