The winner of 'American Idol' Comes As No Surprise | Discover the Finalists Noah Thompson, HunterGirl, and Leah Marlene HunterGirl, a 23-year-old country singer, wowed the judges during the Season 20 premiere of "American Idol" in February, earning her a "platinum ticket," a new gimmick that allowed three standout contestants to skip a round of the competition to give them a better chance of making it to the top 24, where viewers could vote.

“This is my fifth year doing this, and that is my favorite female country voice I’ve heard in five years,” Luke Bryan announced after HunterGirl’s first audition, asking, “This is the year of the girl country singer, right?”

Throughout the season, fellow judges Lionel Richie and Katy Perry heaped praise on HunterGirl, frequently assuring her that she was a star. HunterGirl made it to the final two finalists on Sunday night's finals, but announcer Ryan Seacrest declared the winner, 20-year-old country singer Noah Thompson, at the end of the show.

Noah Thompson Is The Season 20 Winner Of "American Idol"

On Sunday, May 22, 2022, Noah was chosen as the winner of the ABC singing competition show American Idol's 20th season. Fans at home were treated to exciting performances from previous AI finalists and guest musicians, including Ben Platt, Earth, Wind & Fire, Sara Bareilles, and Michael Bublé, before the highly anticipated results were announced. Noah won the most real-time votes in the finale, beating out finalists HunterGirl and Leah Marlene.

Noah proved to be a worthy rival in the weeks leading up to the American Idol 2022 finale with his powerful voice. Noah took the stage for those who tuned in throughout the night. Noah's renditions of his hit song "One Day Tonight" and Bruce Springsteen's "On Fire" were particularly noteworthy. Lionel Richie, Katy Perry, and Luke Bryan, the judges on American Idol, all offered him favorable feedback.

Hunter Wolkonowski, best known by her stage name Hunter Girl, is a country singer and songwriter who finished second in season 20 of "American Idol." She became famous following her American Idol audition performance. Her name surprised Katy Perry, Lionel Richie, and Luke Bryan, but she explained that Hunter is her forename and Wakandowski is her surname. After a brief introduction, she began singing a Rascal Flat song, and Luke's reply showed that he admired her voice.

HunterGirl was expected to be a favorite in the competition. She wowed judges and spectators alike as an American Idol contender. She received a standing ovation for her song "Riot" at her Nashville audition, which was approved by all three judges. She was one of just three contestants to receive a Platinum Ticket this season, and many predicted that she would compete in the finale.

Hunter Girl appeared to be on her way to fame after winning American Idol, with Luke Bryan proclaiming on the show that she had the greatest female country voice he'd heard in five years. During the show's Mother's Day broadcast, her singing astonished the judges. You Broke Me was Wolkonowski's first performance, and he made it to the show's Top 5.

Leah Marlene is a talented Canadian singer and songwriter who first appeared on American Idol Season 20. The 20-year-old was raised in Normal, Illinois, after being born in Toronto. Leah has an engaging voice and a songwriting style that incorporates pop, soul, Americana, and other influences. Her achievement can be traced back to her beginnings in Central Illinois.

She began performing when she was a child in uptown Normal, honing her skills at festivals such as the Sugar Creek Arts Festival and the Sweet Corn Circus. She had been a draw to the program since her audition, and each performance had gotten better and better. From her first performance with the judges in Nashville, Leah Marlene has enthralled American Idol viewers.

Leah auditioned for the competition with two songs: a cover of One Direction's Steal My Girl and Wisher to the Well, an original song she created with a friend, which debuted on February 27, 2022. Leah's outstanding performance earned her a golden ticket to the competition's next stage. She advanced to the Top 24 after playing Larkin Poe's "She's a Self Made Man" during the Showstopper round.

On the show, Leah sang Journey's "Separate Ways" and Carrie Underwood's cover of "I'll Stand By You." She was one of three contestants picked by the public to compete in the final round. In the finals, Leah performed "Cover Me" and the original song "Flower."

Previous postDid Florence Pugh and Zach Braff Split? The "Black Widow" Actress Seen on A Beach with Will Poulter
Next postA-List Celebrities Who Are Known for Their Love Of Casino Games! 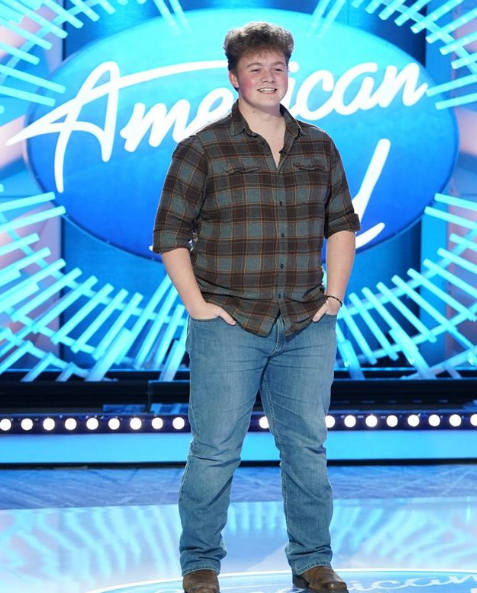